Michigan Auto Insurance Bill: How It Will Impact Your Insurance 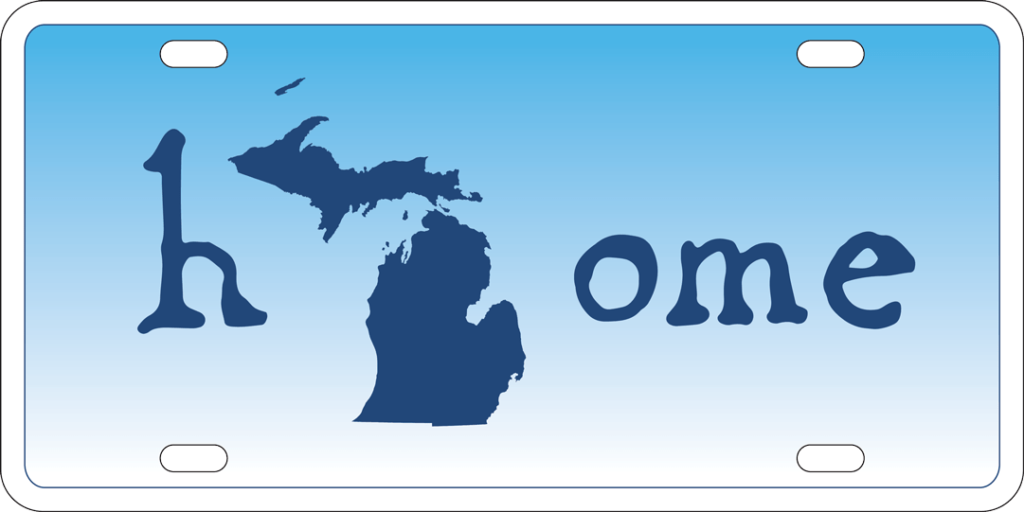 Michigan Auto Insurance Bill: What to Expect it to Do to Your Auto Insurance
Michigan has graced the news many times recently. Yeah, of course, the state is still considered the car capital of the world. But this time around, it continues to enjoy the limelight because of “No-fault Insurance”.

But why should it concern you?

According to Crain’s Detroit Business and Bridge Magazine analysis, the average cost of treating vehicle accident injuries has tripled between the year 2000 and 2013. Compared to the next highest state, the average cost in Michigan is now more than five times higher.

Let that sink in for a minute. That only covers the next highest state, New Jersey. Now imagine what you stand to incur in case of auto accident injuries in Michigan. Compare that to the lowest ranked states- like Utah for instance.

This cost has been increasing 90% faster than the nation’s health care inflation. If you thought that’s as bad as it gets, here’s something even more surprising. This has occurred over a period that has seen a reducing number of car accidents.

In actual figures, the average medical cost is now north of $75,000. Medical providers can pretty much charge anything they think they can get away with. And it’s all because of the current no-fault insurance law, plus a 2010 Michigan Supreme Court ruling.

That’s unfair not only to drivers, but also insurance companies.

Even when the state forces you to pay for injury protection, insurance providers are not raking in the dough. Only medical providers have been making a killing.

As a matter of fact, the average profits for auto insurance providers over the same period has been -2.09%. 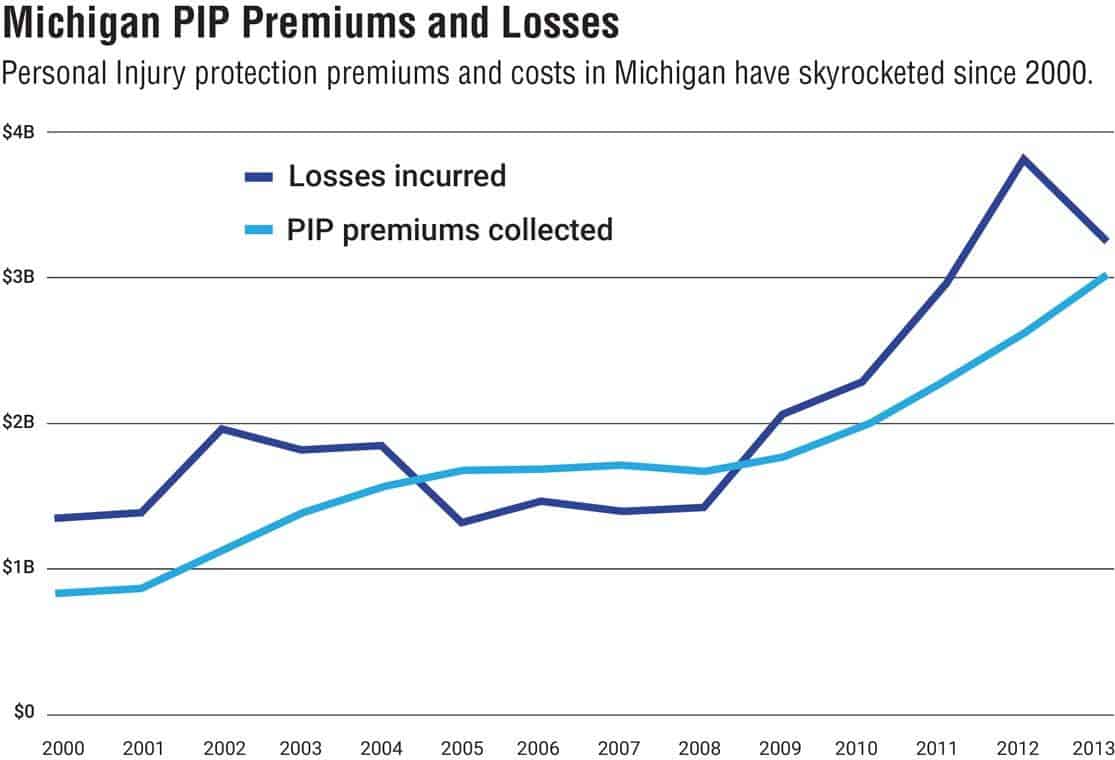 The state of Michigan takes auto insurance very seriously. To qualify for license plates, you need to have certain essential coverages. Among them is No-fault insurance. And that’s where the problem lies.

But, what does it entail? What are its limits?

The best thing about this type of insurance is that it takes care of several expenses. Besides to third party property damage, replacement and wage loss, it settles medical bills.

You’ll pretty much not be liable to victim compensation even when you take the blame for the accident. Your insurance provider will handle it all.

Sadly, that’s where it all ends. Despite an average annual premium of $2,484 per vehicle, Michigan drivers do not qualify for vehicle repairs. That’s a separate coverage altogether.

So, what exactly do you get as a driver?

The legislation protects you from legal action for causing a car accident. Unfortunately, it does not apply to all situations. There are specific unique circumstances that leave you vulnerable to litigation.

If the accident, for instance, results in someone being permanently disfigured, severely injured, or killed, you may be in for some legal trouble.

It will also not apply if other parties involved are non-residents of Michigan, or were driving a car not registered in the state. And this, unfortunately, also extends accidents that occur past the state’s borders.

You can also be sued for up to $1000 if an accident results in damages to an uninsured third party vehicle, in a situation where you are at least 50% at fault.

Your insurance provider is expected to pay up to $1 million for damages your car causes to other appropriately parked vehicles, and property like fences and buildings.

Although the insurance company will not repair your vehicle, it should take care of all your medical expenses. You also deserve compensation of up to 85% of your standard income for three years. And that’s only if the consequent injury affects your ability to work.

To cater for regular household services like yard work and housekeeping, you would also be eligible for a stipend of up to $20, subject to severity of the injury.

Of course you’d expect the proposed bill to improve current legislation. The reality, unfortunately, is that it’s rather a cocktail of both positives and negatives.

One of the most outstanding unfavorable clauses applies to Personal Injury Protection. House Bill No. 4488 seeks to do away with insurance companies paying full medical expenses. 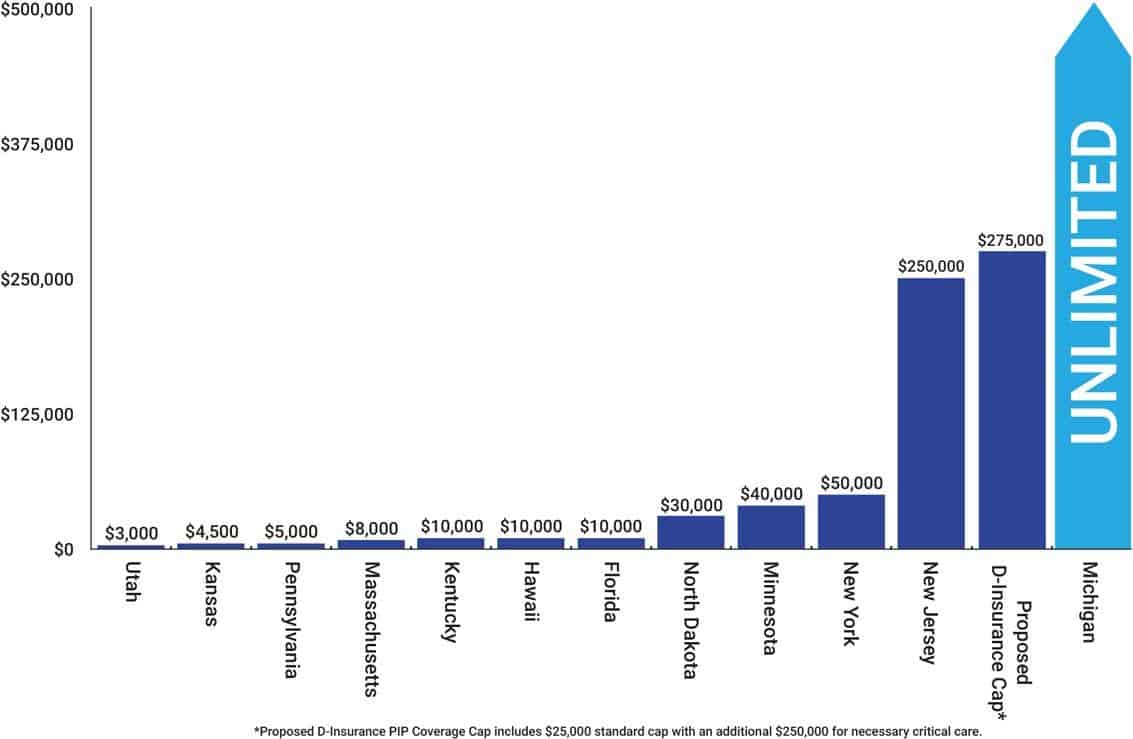 PIP is the most critical element of the current law. It benefits Michigan drivers through life benefits, and uncapped medical payouts. But the new bill’s proponents thought they should give insurance providers a break. So they suggested limiting payment of medical expenses at $250,000, 500,000, and 1,000,000.

Another prominent change is the introduction of a limit of 56 hours per week on the time family members and friends of injured victims are entitled to payment for attendant care. Currently, there is no limitation on this. And that makes sense, because some injuries may need full time care.

Insurance companies like the fact that these two changes complement each other. The medial expense cap would force you to turn to friends and family for nursing. And that’s right where insurance providers would want you to be. The 56-hour attendant care limitation, in the end, would further reduce their payouts.

As if that’s not enough, the bill further proposes the creation of a “Fraud and Theft Prevention Authority”. It’s supposed to have 15 members. 9 of whom should be insurance company representatives, 2 law enforcement agents, 1 prosecuting attorney representative, and 1 general public representative. Pretty much a recipe for a committee controlled by insurance companies.

The authority would fight insurance fraud committed by policyholders and other stakeholders. Well, that’s arguably noble, since the biggest auto insurances fraud cases involve No-fault insurance- at least according to the Coalition Against Insurance Fraud.

In 2012 for instance, federal law enforcement agents took in more than three dozen fraudsters suspected of making away with more than $280 million from fake claims.

So on paper, the authority looks like a much needed body. Well, at least until you review the fine print.

That committee would be multi-faceted. It would not only reign down on fraudsters, but also enact new rules and regulations. One can only imagine the ultimate result- more restrictions on filed claims.

On the flip side, you’d expect the Fraud Authority proposal to cut both ways. But, it’s skewed against policyholders. Claimants will not have a right to sue insurance providers for fraud against them.

That, and the fact that we already have the National Insurance Crime Bureau, plus federal law enforcement agencies, beats the whole purpose of forming such a committee. It doesn’t make any logical sense.

Looking at these proposed changes, you’d expect a clause on reduced insurance premiums. It would possibly mitigate potential outcomes of all the other provisions favorable to insurance companies.

Strangely, and rather surprisingly, the bill contains nothing that guarantees reduced insurance premiums for Michigan drivers. 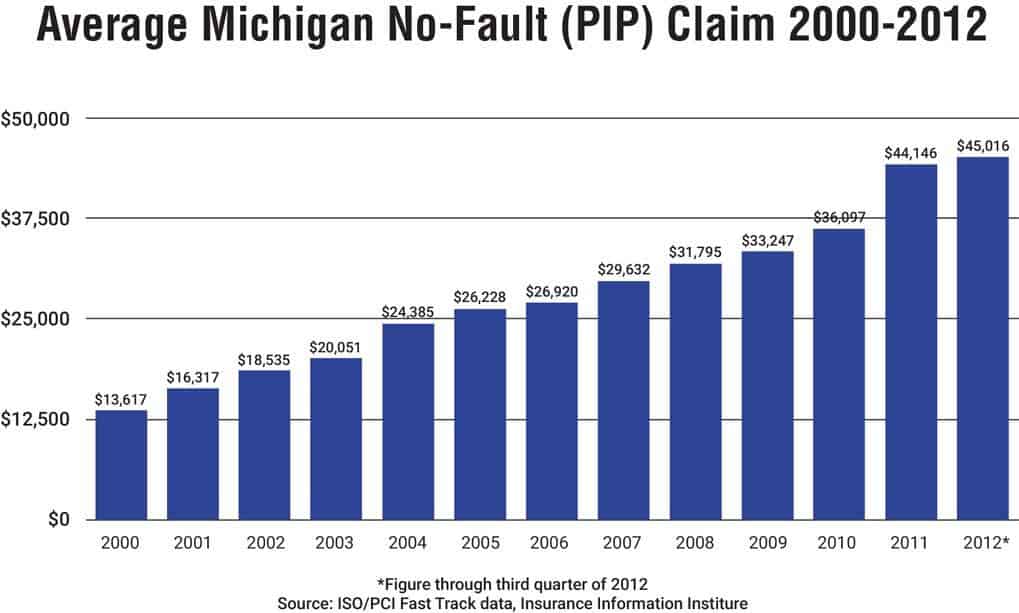 After years of attempting to change Michigan Insurance Coalition, legislation, the latest efforts crashed and burned. The House voted down the No-fault bill on Thursday, the 2nd of November 2017.

It fell short of the required support to pass the floor. It could not survive, even after 41 republicans and 4 voted for it,

According to a disappointed Michigan representative Tom Barrett, there was persistent pressure on to reject the proposed bill. Singh, the minority leader, had reportedly issued a myriad of threats to sway the vote.

Barrett felt that pressure was coming from institutions that enjoy quo. He insisted that hospitals were chief lobbyists. Proposed changes would only hurt their bottom lines.

Michigan Health and Hospital Association’s Chris Mitchell, on the other hand, stated that the bill collapsed because it is entirely flawed. It has loopholes that insurers would capitalize on to avoid providing rate relief.

Another party that opposed the amendments is the Coalition to Protect Auto No-fault (CPAN). According to Steve , a member, insurance companies would win court cases. They would then deny individuals their benefits, and sue them for of attorney fees.

All things considered, the bill collapsed, but the debate is far from over. Legislators are still getting opinions from Michigan residents and other industry stakeholders.

The bill could come up for another vote soon. We can only hope that it’ll be multi-dynamic, and inclusive of all the concerns raised by medics, insurance providers, and policyholders.

● Compared to the next highest state, the average cost in Michigan is now more than five times higher.

● Medical providers can pretty much charge anything they think they can get away with. And it’s all because of current no-fault insurance, plus a 2010 Michigan Supreme Court ruling.

● In a bid to resolve all this mess, a legislator introduced House Bill No. 4488 April 19, 2017, aimed at changing the current No-fault policy.

● Despite an average annual premium of $2,484 per vehicle, Michigan drivers do not qualify for vehicle repairs. That’s a separate coverage altogether.

● Residual Liability legislation protects you from legal action for causing a car accident. But there are specific unique circumstances that leave you vulnerable to litigation.

● Under Property Protection (PPI), your insurance provider is expected to pay up to $1 million for damages your car causes to other appropriately parked and property like fences and buildings.

● Personal Injury Protection (PIP) should take care of all your medical expenses. You also deserve compensation of up to 85% of your standard income for three years. And that’s only if the consequent injury affects your ability to work.

● One of the most outstanding unfavorable clauses applies to Personal Injury Protection. House Bill No. 4488 seeks to do away with insurance companies paying full medical expenses.

● Another prominent change is the introduction of a 56-hour-per-week limit on attendant care.

● The bill further proposes the creation of a “Fraud and Theft Prevention Authority”. It’s supposed to have 15 members.

● The bill contains nothing that guarantees reduced insurance premiums for Michigan drivers.

Taking all these into consideration, the Michigan Auto Insurance bill has undoubtedly attracted mixed feelings from all stakeholders. But one thing remains constant- the current legislation is extensively flawed, and desperately needs an overhaul.

So what do you think? And what amendments would you propose for the next debate