Why You’re Not Happy With Your Commercial Insurance. 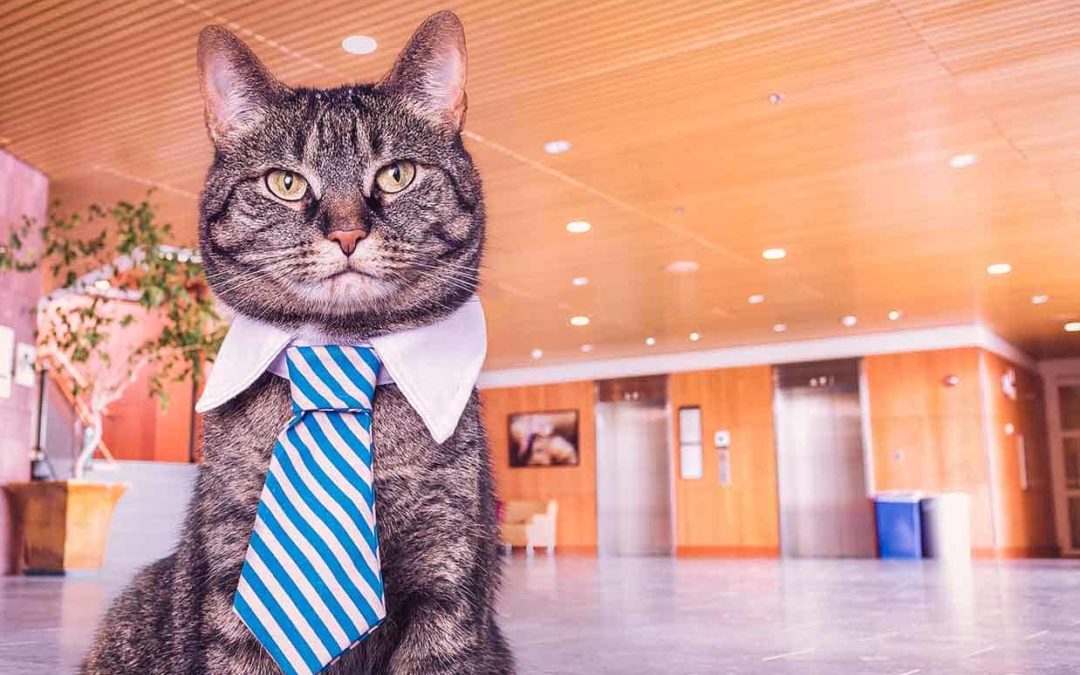 A superb idea is born. An entrepreneur starts working on it. They develop a product framework that is predicted to take the market by storm.

They even approach potential investors with the concept. Everyone loves it, and consequently inject sufficient funding into the startup.

Then the project moves to the testing phase. Prospective customers seemingly love the product, and can’t wait until the official launch.

So far so good.

And boom! All systems go. They launch the small business to a reasonably warm reception.

The beginning is quite slow and proves to be fairly challenging. But, thanks to persistent marketing, the business later picks up. And it begins generating positive ROI at a steady rate.

At such a promising pace, it would be a shame to get overwhelmed and lose big. So the business owners go for the best possible solution. They rush to purchase commercial insurance.

They pick what seems like a comprehensive coverage. But no one has the time to read all the policies in detail. Because running a business is too burdensome, right?

So business costs have now extended to include the consequent insurance premiums. But that’s understandable since its assets and resources are well-protected, right?

Even large, established brands that preceded in that market space are not safe anymore. Competition is here, and it’s catching up fast.

Suddenly, the worst imaginable thing happens. Or so they assume.

Just as the business was planning to expand, thugs break in and steal critical business hardware.

Pretty devastating, to say the least. But you know what? At least the company had insurance against hardware theft.

So they file a claim with their insurance company. The process proves to be cumbersome at first. But they secure the services of a reputable independent insurance agency.

Everything then hastens and the business is ultimately compensated for hardware theft. But, unfortunately, not for losses incurred during the entire post-theft period.

Quite surprising, considering the premiums had been increasing progressively after every 12 months. That’s bad enough.

But here’s the kicker. The compensation only covers hardware they started out with. Nothing on subsequent upgrades and new acquisitions.

Nevertheless, instead of crying over spilt milk, the enterprise restrategizes for a second relaunch. It even secures additional funding from the initial batch of investors who had witnessed its growth.

Now, they say that when it rains it pours. Just when people thought the situation couldn’t get any worse, a hurricane strikes. And it sweeps off all the newly acquired equipment.

The insurance company then shows a clause that essentially invalidates a second immediate compensation. So basically, there’s nothing to fall back on now.

As if that’s not enough, investors are hearing none of the explanatory tales. In fact, they come with guns blazing to demand their money.

Too bad. An undoubtedly well-performing business now reduced to ashes. 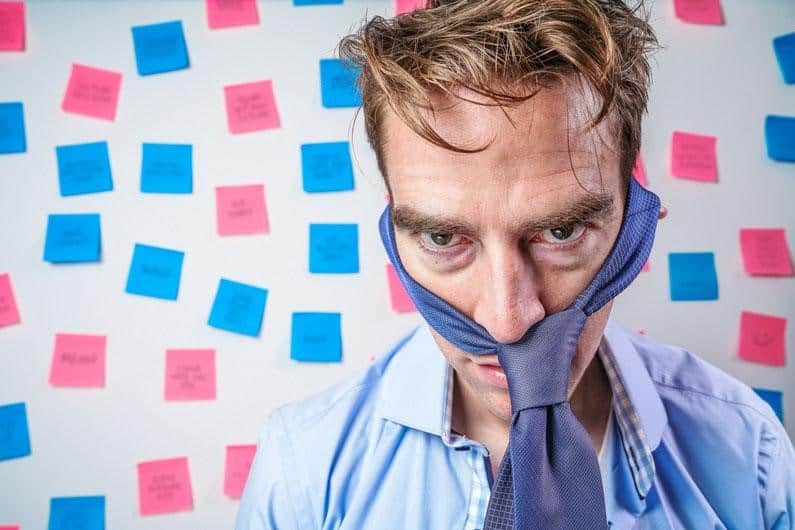 Does this situation sound familiar?

Well, that’s more or less the same case for a fraction of the 456 Michigan-based businesses that filed for bankruptcy in 2017. 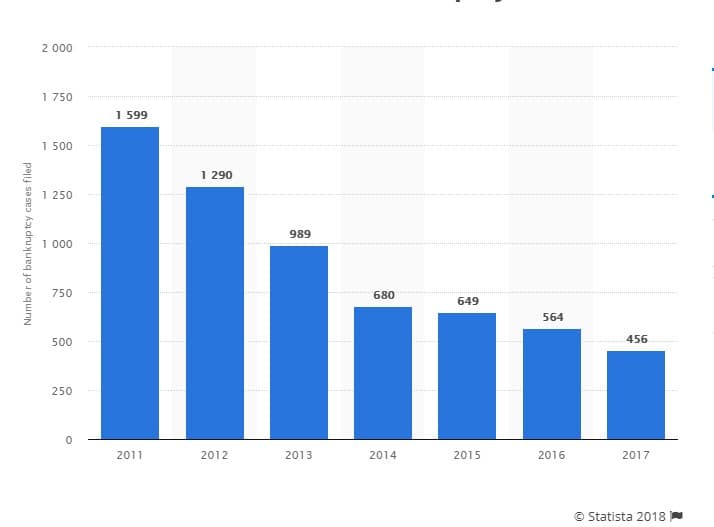 From the graph, it’s evident that the business environment is steadily improving in Michigan. But both startups and established businesses are still facing a myriad of liability risks.

As a matter of fact, the current favorable business policies are now exceedingly encouraging even small businesses to settle for higher risks.

That partly explains why in Detroit alone, the number of retailers filing for bankruptcy is hitting its highest levels since 2008 and 2009.

Of course, we encourage business owners to step up their overall risk management. But that’s one part of the problem.

The other lies with commercial insurance providers. Even with small businesses paying an average of $1,283 annually for $1-$2 million commercial general liability insurance, bankruptcy is still a real possibility. 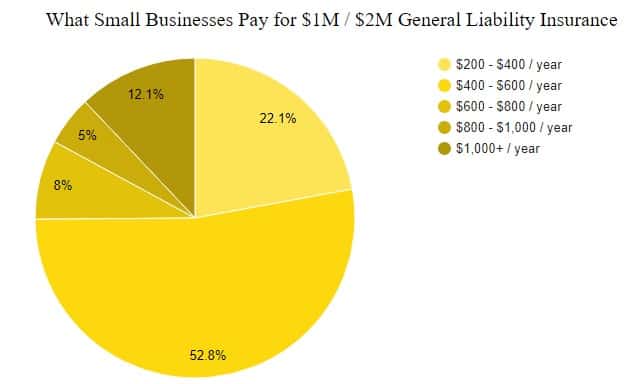 And that’s barely a fraction of it. The threat is substantially higher for businesses with additional risks like auto liabilities.

And you know the worst bit about all this? Surprisingly, even after paying your premiums faithfully, there’s no assurance of adequate compensation.

All things considered, it all boils down to your insurance provider’s professionalism. Is the company committed to customer service?

Interestingly, according to the J.D Power U.S. Small Commercial Insurance Study, small enterprises have the lowest average customer satisfaction rates. The overall rate only increased by 2 points between 2016 and 2017 to settle at 82.5%.

From the study, it’s evident that the bulk of them are fairly happy. The rest quoted varying reasons why they are not happy with their policies.

In a nutshell, this sheds light on general customer perception. But here’s the problem. It’s still insufficient to analyze the corresponding rates of resolution in case of actual liability occurrences.

A 2015 survey by Marsh by Marsh revealed that only a quarter of business have tested possible insurance response. The study might have only focused on commercial property insurance, but it largely exposed the general industry preparedness.

So what does all this mean?

Ironically, even the bulk of satisfied businesses have no idea how their respective policies will respond to protect them. You may be satisfied, but not actually happy and assured of adequate protection.

Now hold it right there. How do you even establish that you’re not happy with your commercial insurance? And which is the best possible resultant mitigation?
It really is pretty simple and straightforward. So let’s fire away….

Why You’re Not Happy With Your Commercial Insurance

1. Your Commercial Insurance Policies Are Static

Today’s micro-enterprises are tomorrow’s industry leaders. Even the largest established businesses had to start small, right?

Now, this is the basic concept behind commercial growth. That’s why we even engage in business in the first place.

An overwhelming 99.6% of businesses registered in Michigan are small enterprises. Their combined growth in 2016 saw the state economy improve by 2.3%. Almost double the corresponding national rate of 1.3%.

Unfortunately, this trend not that obvious to all commercial insurance companies.
Like in our case above, some policies are not flexible enough to accommodate any form of growth. And the providers might not even revise them during insurance renewal. They only remember to increase the premium rates.

If this applies to you, you might be in for a rude shock when you eventually file a claim.

2. You’re Paying Too Much For Commercial Coverage

Most premiums for general liability commercial insurance fall within the $300-$1000 bracket. As we’ve already established, the bulk of small businesses are paying between $400 and $600 for $1-2 Million worth of coverage.

Now combine that with Michigan’s average auto insurance cost of $2,484. And you’ll get a figure that could potentially eat into your business capital.

Coming to think of it, insurance is still a form of business. You bet that your provider would never hesitate to proceed if they had a way of generating additional income. And that includes capitalizing on your enterprise.

So make a habit of comparing your rates with what other similar businesses are paying.

3. You’re Working With A Direct Agent

Admit it. Unless you’re in the insurance space, you possibly know very little about commercial policies.

To be fair, this is an increasingly complicated subject. It might take years to fully comprehend how everything works. And you’d be right to assume that you’ll probably never get time for all that.

Even if you wanted to, you’re too busy running your business. And this is a fact that’s well-known by more than 1 million direct insurance agents in the U.S. 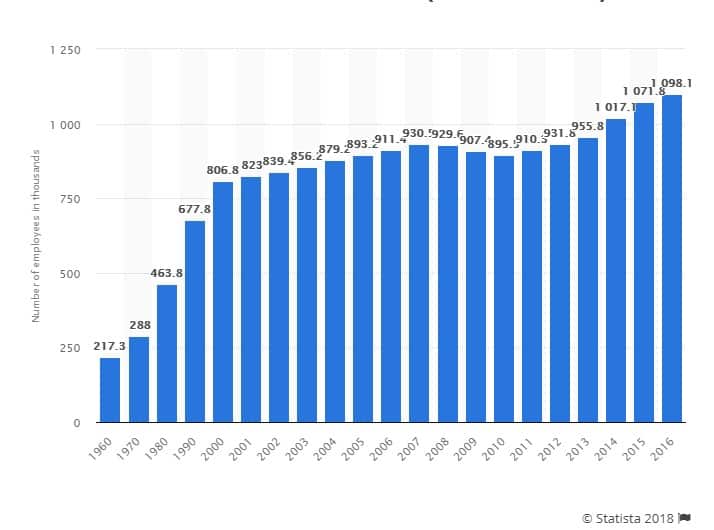 So, of course, they’ll receive you with open arms. Then take advantage of your unfamiliarity with critical insurance policies.

Here’s the thing. They work in conjunction with insurance providers. Consequently, every dollar they secure from you translates to more commission.

That’s why they are always readily available to insurance seekers. As a matter of fact, such interactions, according to J.D. Power, have been the principal drivers of customer satisfaction.

Quite ironic, to say the least. Because in the end, the captive agents will only safeguard their interests, while yours come last.

Conservatively, fraud is stealing $80 billion every 12 months from insurance companies. But, oddly enough, this is barely shaking the industry. Providers are still posting significant profits even after settling claims.

So what’s the catch?

To protect their income, insurance companies are known to employ a wide range of tricks. One of the most predominant ones is making exclusions for rather common liabilities.

Dirty by all means, but fairly acceptable in the industry. That’s why this practice continues to attract increased controversy, especially in the medical field.

According to a survey conducted by the Doctor-Patient Rights Project, nearly 24% of patients are denied treatment. Majorly due to complications arising from such circumstances in the course of liability claims.

5. The Insurance Company Does Not Understand Your Business

The J.D. Power report further revealed that small business customers overwhelmingly prefer phone and web contact channels. While 9% of them prefer mobile apps; email/text is used by 39%; and website contact is popular among 57%.

Agent in-person, on the other hand, was combined phone contact to add up to 61%.
The bottom line here is obviously convenience. The most widely used methods are fast and pleasantly straightforward. We’ll give them that.

But, conversely, they have a major weakness. Agents are now rarely visiting businesses they insure. Your business is basically bundled with others that are seemingly alike.
As a result, some unique details might be ignored. And a number of them could be quite critical in proving lower risk levels. Which would, in turn, reduce overall premiums.

What To Do About All These

These are all very critical pointers. But, admittedly, we’ve barely scratched the surface. There are many other conditions that might be applicable to individual businesses.

Now, each problem has its unique mitigation procedure. But, it would probably take multiple book volumes to cover all possible solutions.

I’ll tell what though. There’s one method that principally applies to all of them, regardless of your specific problem.

● 456 Michigan-based businesses filed for bankruptcy in 2017.

● In Detroit alone, the number of retailers filing for bankruptcy is hitting its highest levels since 2008 and 2009.

● Even with small businesses paying an average of $1,283 annually for $1-$2 million commercial general liability insurance, bankruptcy is still a real possibility.

● A 2015 survey by Marsh revealed that only a quarter of business have tested possible subsequent insurance response.

● An overwhelming 99.6% of businesses registered in Michigan are small enterprises.

● Some policies are not flexible enough to accommodate any form of growth. And the providers might not even revise them during insurance renewal.

● In the end, the captive agents will only safeguard their interests, while yours come last.

● Agents are now rarely visiting businesses they insure. Your business is basically bundled with others that are seemingly alike.

We love helping out. And we’d definitely like to hear your experience with this type of insurance. So let’s start with…How did you find your commercial insurance?